A Look At Social Media Finds Some Possible Benefits For Kids 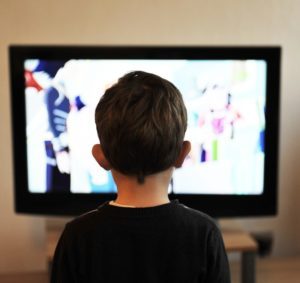 Screen time is often considered the enemy when it comes to teaching kids to be active and well-behaved. But should all forms of media be considered equal?

New research finds that for 9- and 10-year-old children taking part in a study of brain development, greater social media use, such as scrolling through Instagram and texting, was associated with some positive effects, including increased physical activity, less family conflict and fewer sleep problems.

The children who had a higher use of general media, like Internet, TV and video games, were more prone to have worse sleep and more family conflict.

Kids who used social media still participated in more traditional forms of screen time. But the time they spend interacting with others through social media, texting or video chatting outweighed TV, video games and Internet time.

The findings come from an analysis of data from about 4,500 young people and their parents collected by the Adolescent Brain Cognitive Development study, a project of the National Institutes of Health. The study, launched in 2015, is gathering information about how young people’s brains develop and how they navigate adolescence and become adults. The analysis of screen time is one of the first to emerge from the data collected so far, and it’s being discussed in a symposium about the ABCD study.

“The most important thing is that not all screen media is bad, if you want to put it in a nutshell,” says author Dr. Martin Paulus, the scientific director and president at Laureate Institute for Brain Research in Tulsa, Okla. “There’s a lot of pre-existing biases that if we expose kids to media, something terrible is going to happen. What we show is that’s not the case.”

Paulus says he went into this research looking for potential indicators of future depression, anxiety, drug use and other trouble. Kids spend half of their free time in front of a screen, he says, so it’s something worth investigating.

In the study, children self-reported activities like watching TV, texting or visiting social media sites — and the time spent on each. They were also asked about whether they play mature video games and watch R-rated movies. They rated their time spent on these controversial activities as never, once in a while, regularly and all the time.

Parents reported the screen time of their children on a typical weekend day and weekday.

Kids also reported on their involvement in sports and other physical activities and had a neurocognitive assessment. Kids and parents report on family conflict. Parents also kept track of how well the kids slept and filled out a checklist that assessed their children’s behavior, such as noting attention problems and aggressive behavior.

Family Dynamics During Shelter in Place

In this webinar, you'll receive some validation and also some strategies that you can use to reduce the stress of family l ...

Being a Parent, a Teacher and a Human (All at the Same Time)

What are your strengths and vulnerabilities as a parent and as a teacher? What are some strategies you can use to find a b ...

Supporting Teens during Shelter in Place

How can you as a parent support your teen ensuring that they shelter in place for their own safety but allow them the inde ...