Hard to Read: How American Schools Fail Kids with Dyslexia 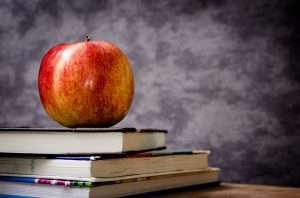 While scientists estimate that between 5 and 12 percent of children in the United States have dyslexia, just 4.5 percent of students in public schools are diagnosed with a “specific learning disability,” a category that includes dyslexia and other learning disabilities, according to the National Center for Education Statistics. In addition, while schools routinely screen children for hearing impairment, a problem that occurs much less frequently than dyslexia, screening for dyslexia is rare.

Moreover, most students who are diagnosed with dyslexia aren’t identified until at least third grade, according to Dr. Sally Shaywitz, co-director of the Yale Center for Dyslexia & Creativity, and author of Overcoming Dyslexia. She says it is not unusual for dyslexics to go unrecognized until adolescence and beyond, a systemic shortcoming that effectively abandons struggling young readers during the most critical years of learning.

Public schools nationwide have long refused to use the word, allowing many of them to avoid providing special education services as required by federal law. According to dozens of interviews with parents, students, researchers, lawyers and teachers across the country, many public schools are not identifying students with dyslexia and are ignoring their needs.

Read the full American Public Media article (an audio version is also provided) that profiles the issue and recounts some families’ personal experiences as they fought to obtain a diagnosis and  the services their children were entitled to.