Is Your Teen Vaping? Why ADHD Brains Get Addicted & How to Quit 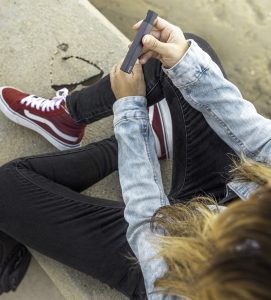 Most parents are keenly aware of the dangers of vaping. After decades of decline in teen smoking, nicotine is again finding its way to teens and young adults. Among youth, a primary appeal of e-cigarettes, like Juuls, is the fact that they can keep their smoking private. Unlike stinky cigarettes, vape devices emit nearly odorless vapor, and they’re small and easily concealed.

Vaping and the ADHD Brain

The vaping problem is worse for teens with ADHD because nicotine is a stimulant, hitting the same dopamine receptors that Adderall, Vyvanse, and Concerta do. Dopamine is a neurotransmitter, a chemical messenger that sends signals from one nerve cell in the brain to another. Nicotine activates dopamine receptors in areas of the brain responsible for producing our sense of gratification. The brain learns, remembers, and seeks out these positive sensations. Nicotine’s impact on the nucleus accumbens — the area of the brain that controls cognitive functioning, pleasure, motivation, and reward — produces a sensation similar to the pleasure we feel when we eat.

In the amygdala — the emotional control center of the brain — nicotine reduces anxiety, improves motivation, and sharpens memory. That sounds great for people with ADHD, but it’s not. The effect of nicotine is short, leaving the brain craving improved cognition and more of the substance that brings it. Its absence results in users feeling cognitively impaired when they are not vaping. This is why people with ADHD are at greater risk of nicotine addiction. They like the way their brain feels when nicotine is present.

The Power of Teen Talk

To counter vaping, parents should remember what originally killed teen smoking: teen culture itself. A government campaign or parental admonishment rarely registers with teens, but when teens begin telling each other that something is good or bad, they listen.

Through Instagram, Snapchat, and text messaging, teens give vaping their stamp of approval, echoing the marketing of vaping as being cleaner and safer than cigarettes. Vape devices can be converted for smoking marijuana, which carries an additional risk.

There is greater dependency on vaped nicotine than was the case with cigarettes. If a teen uses a high-concentration, easily hidden nicotine cartridge every day or two, he or she gets the same dose of stimulant as that from a full pack of cigarettes, far more than most teens used to smoke. This makes quitting tough. And when that much nicotine is hitting the dopamine receptors of an ADHD teen’s brain, it’s not easy to give it up.

How to Change Your Teen’s Vaping Behavior

There are treatment methods for teens who want to stop vaping, including medication and cognitive behavioral therapy. But none of that works if the teen is unwilling to quit. Willingness comes from changing the message of permission that teens whisper to each other.

The good news is that teens will listen to parents because, for the most part, our children want to emulate us. To gain their confidence and inspire them to follow rules they don’t want to follow, proceed with love. Begin the process by having a frank, rational, and persuasive conversation. Read the full article online for suggested talking points.

Excerpted from “Is Your Teen Vaping? Why ADHD Brains Get Addicted & How to Quit” from ADDitude Magazine.

Source: ADDitude | Is Your Teen Vaping? Why ADHD Brains Get Addicted & How to Quit, https://www.additudemag.com/teen-vaping-adhd-brain-quit | Copyright © 1998 – 2020 New Hope Media LLC