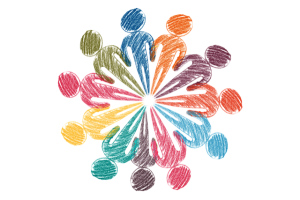 A national survey of 14- to 22-year-olds provides new evidence on the growing mental health crisis affecting young people. The survey, sponsored by Hopelab and Well Being Trust (WBT), finds that large numbers of teens and young adults experiencing moderate to severe symptoms of depression are turning to the internet for help, including researching mental health issues online (90 percent), accessing other people’s health stories through blogs, podcasts, and videos (75 percent), using mobile apps related to well-being (38 percent), and connecting with health providers through digital tools such as texting and video chat (32 percent).

The survey, conducted in February and March of 2018 among a nationally representative probability sample of more than 1300 US. teens and young adults, employed a widely used scale for assessing depressive symptoms, the Patient Health Questionnaire Depression Scale (PHQ-8).

According to the survey, many young people say social media helps them find connection, support, and inspiration during times of depression, stress, or anxiety. Among those with moderate to severe symptoms of depression, 30 percent say social media is “very” important to them for feeling less alone, compared to 7 percent of those without depression; and 27 percent say it is “very” important for getting inspiration from others, compared to 13 percent for those without depression. On balance, these young people are slightly more likely to say that when they are feeling depressed, stressed, or anxious, using social media makes them feel better (30 percent) than they are to say it makes them feel worse (22 percent).  About half (47 percent) say that it doesn’t affect them one way or the other.

While the survey highlights the potential of online tools for positively engaging young people, it also raises some important concerns regarding respondents’ mixed experiences with social media. For example, young people with moderate to severe depressive symptoms are more likely than other youth to say that when they use social media, they often feel left out (18 percent compared with 1 percent of those without depression) or that others are doing better than they are (32 percent compared with 7 percent).

Other key findings include:

Read the full press release provided by Hopelab here.  Would you like to learn more?  Explore the key findings in greater detail or download the full report.