The Creativity of ADHD 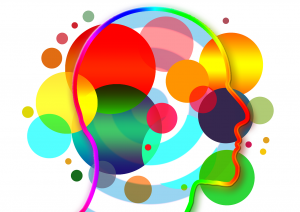 Attention-Deficit/Hyperactivity Disorder (ADHD) is typically described by the problems it presents. It is known as a neurological disorder, marked by distractibility, impulsivity, and hyperactivity, which begins in childhood and persists in adults. And, indeed, ADHD may have negative consequences for academic achievement, employment performance, and social relationships.

But ADHD may also bring with it an advantage: the ability to think more creatively. Three aspects of creative cognition are divergent thinking, conceptual expansion and overcoming knowledge constraints. Divergent thinking, or the ability to think of many ideas from a single starting point, is a critical part of creative thinking. Previous research has established that individuals with ADHD are exceptionally good at divergent thinking tasks, such as inventing creative new uses for everyday objects, and brainstorming new features for an innovative cell phone device. In a new study, college students with ADHD scored higher than non-ADHD peers on two tasks that tapped conceptual expansion and the ability to overcome knowledge constraints. Together with previous research, these new findings link ADHD to all three elements of the creative cognition trio.

ADHD may create difficulties for individuals in many contexts that required focused, sustained attention—such as school, where students are expected to sit still and pay attention. On the other hand, the same distractibility and chaotic mind can give people with ADHD an edge when it comes to creative, original thinking. This new study suggests that ADHD may be especially beneficial when the goal is to create or invent something new without being locked into—and constrained by—old models or conventions. The innovative, original thinking style of people with ADHD may be a great fit for innovative fields where it’s an advantage to be on the cutting edge.

Excerpted from “The Creativity of ADHD” in Scientific American online. Read the full article by Dr. Holly White, Research Scientist in the Psychology Department at the University of Michigan, Ann Arbor, to learn more.

It’s normal to make mistakes and even struggle a little when learning new things. But repeated, long-lasting problems ma ...

Free Learning Resources from the Center for Children and Families

The Center for Children and Families is a Florida International University program and clinical research center dedicated ...