A School Where Character Matters as Much as Academics 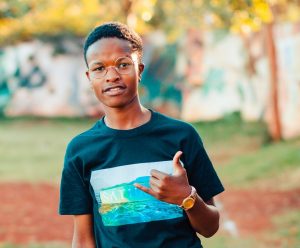 Spurred by brain research that has shown a strong connection between the social and emotional skills of students and their cognitive development, more schools across the country are emphasizing “soft skills” such as communication, collaboration, self-awareness and problem-solving as part of a trend known as social and emotional learning, or SEL.

The obstacles to implementing SEL are significant. It requires resources and training at a time when many districts are struggling to provide the basics. There are critics who contend that instilling social values in students is the purview of parents not schools, and others who fear that SEL could easily be used as yet another way to punish low-income students of color who don’t conform to behavioral norms.

Another big challenge is determining how to measure social and emotional development in the first place. Unlike algebra or world history, there is no bubble sheet by which to judge students’ soft skills, let alone evaluate their growth over time. And even if there were standardized measures for traits like integrity and compassion, whose cultural norms should be used to judge the results?

Capital City Public Charter School in Washington, D.C., is often cited by advocates of social and emotional learning for its commitment to putting these skills on a par with homework and exam scores. In addition to traditional academic grades, student report cards include marks from 1 to 4 on qualities such as organization, timeliness and accountability. While distilling character-based attributes to number grades has its skeptics, Capital City officials said the approach not only helps students gauge their progress, but signals just how important these skills are to their futures. Increasingly, it is these social and emotional skills — like perseverance and collaboration — that are seen as key to success in college and the workplace. Yet many employers say graduates lack these skills.

At Capital City, a 19-year old school in northwest D.C., social and emotional learning is woven into daily interactions between adults and students and integrated into classroom content. After completing a challenging science project, for example, students might be given the opportunity to reflect on not just the academic material, but on how they adopted strategies of perseverance or problem-solving to overcome obstacles that arose along the way.

Students hone public speaking and communication skills by regularly presenting their work. Feedback, whether from teachers or peers, is viewed as a crucial learning tool. Students describe the process of rewriting and revising as a prerequisite for submitting high-quality work. When reflecting on their time at Capital City, many students are quick to link outcomes like good grades to personal characteristics of persistence, self-confidence and the ability to manage their time wisely.

In addition to their academic classes, students have a daily advisory class (led by one of their current teachers) in groups limited to no more than 10. The advisory class is designed as a space where students are encouraged to discuss whatever’s on their minds — not just academic issues, but personal issues too. Sharing their stories, and listening to the experiences of their peers, can help build a level of trust and respect that teachers say is key to allowing students thrive both socially and academically.

“Without the social-emotional part I would have dropped out,” said 18-year-old Kimberly Hernandez, class of 2019. “In my family, a lot of people don’t really graduate from high school. There were various times at Capital City where I was just like, ‘Man I wanna drop out. It’s getting really hard.’ The students here, the teachers, the staff itself they were just like you have to stay, you have to work harder. I’m really proud of myself because I didn’t think I was going to make it this far in the first place.”

Excerpted from “A school where character matters as much as academics,” published in The Hechinger Report. Read the full article to learn about how Capital City assesses social and emotional development, and what Capital City’s high school counselors have learned from tracking students after graduation.

Source: The Hechinger Report | A school where character matters as much as academics, https://hechingerreport.org/a-school-where-character-matters-as-much-as-academics | Copyright © 2019 by Teachers College at Columbia University