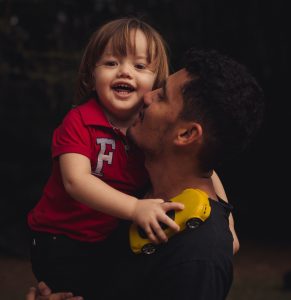 In the United States, an estimated 15 percent of children ages 3 to 17 have developmental delays or disabilities; in children’s first years, some of these delays may be evident in late acquisition of skills like crawling, walking and talking. Research shows that early help from experts in the form of speech, physical or occupational therapy and support from pediatric specialists can have profound results for children and often help them meet the same milestones as their peers. In some cases, infants and toddlers who get early support make so much progress they no longer need services or qualify for special education when they start school.

Now, the pandemic has forced in-person therapies for infants and toddlers online and onto devices, and that’s not necessarily a bad thing. Some experts say remote therapy for young children has returned early intervention to an important piece its original mission: training parents to be experts who can support their children’s development.

Boosting the skills of parents to support their young children was one of the goals of the Program for Infants and Toddlers with Disabilities, also known as Part C of the Individuals with Disabilities Education Act, when it was included in the reauthorization of the IDEA in 1986.

Parents say the program can be life-changing for some children. But early childhood intervention services, which are funded in part by federal money, served about 3 percent of infants and toddlers in 2017, just a fraction of those who most likely would benefit from the services. Federal funding for the program, which was $470 million in fiscal year 2019, has increased since the program’s launch in 1987, but in recent years hasn’t kept up with inflation. In March, $250 million in supplemental funding was allocated to the program as part of President Joe Biden’s $1.9 trillion American Rescue Plan, which advocates hope will bolster access to services.

The pandemic has made it harder for families to get these critical services during the short time when children are eligible and would most likely to benefit from added support. Children who are born premature or who are born with a diagnosed disability, such as Down syndrome, can be referred to services. They can also get an evaluation for therapy if a pediatrician notices delays or if parents reach out to their local early intervention program.

There can also be societal challenges to enrolling eligible children in therapies. Young children develop at different speeds, so it can be hard to determine how far behind a child may be. Some parents may worry about the stigma of enrolling their child in therapy or second-guess perceived delays.

But early childhood experts say time is of the essence when it comes to young children: the brain develops rapidly in the first few years of a child’s life. “You’re going to save money in the end if you’re helping kids before they get to school,” said Amanda Morin, the associate director of thought leadership and expertise at Understood, a nonprofit focused on learning and thinking differences. “You have all these years to make greater gains.”

Excerpted from “Online Therapy for Babies and Toddlers With Delays Often Works Well — but Funding Isn’t Keeping Up With the Need” in The Hechinger Report. Read the full article online.

Source: The Hechinger Report | Online Therapy for Babies and Toddlers With Delays Often Works Well — but Funding Isn’t Keeping Up With the Need, https://hechingerreport.org/online-therapy-for-babies-and-toddlers-with-delays-often-works-well-but-funding-isnt-keeping-up-with-the-need | © 2021 The Hechinger Report