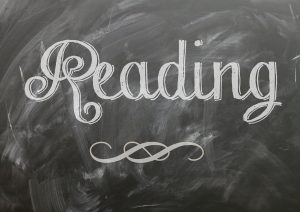 A number of states and districts are embracing more research- and science-based approaches to literacy instruction amid growing awareness of dyslexia.

Despite dyslexia affecting one in 10 people worldwide according to a 2014 report from Dyslexia International, in some cases, parents say they can’t even use the word when speaking with their child’s school,  said Nancy Duggan, executive director of Decoding Dyslexia Massachusetts.

But many districts, from Arkansas to Virginia and Maryland, feel differently. There, lawmakers, district leaders and educators are working to change how students are supported and disrupt the way they’ve been taught to read.

In Virginia’s Loudoun County Public Schools, a pilot using the multi-sensory Orton-Gillingham structured language approach is making its way not just to students who’ve been identified as dyslexic, but to their peers, Lorraine Hightower, a certified dyslexia advocate and consultant based in Lansdowne, Virginia, told Education Dive.

Orton-Gillingham is an approach that is steeped in phonics but incorporates multiple inputs, from visual to tactile, in teaching students to read. Facilitators first trained reading specialists and special education teachers in the approach, which uses multiple methods including visual and auditory keys.

“And now it’s expanded to the general ed, administrators and anyone who would like to participate,” said Hightower, who is the former chairwoman of the district’s Special Education Advisory Committee. “We actually have general education teachers seeing significant results with ELL students and neurotypical kids.”

Through the program, educators are being retrained in literacy instruction, and while it’s not a prevention framework, it is designed to help students already struggling, Schultz said.

Arkansas has made statewide changes to shift the way it approaches literacy instruction, according to Audie Alumbaugh, co-founder of the Arkansas Dyslexia Support Group and a retired STEM Master Teacher in the Department of Teaching and Learning at the University of Central Arkansas.

The state is now using a structured literacy approach called the Science of Reading, tying literacy instruction to how the brain actually learns the written word, she said. “It’s kind of like the way we teach math,” said Alumbaugh. “We teach numbers and number sense and then how to manipulate numbers to get them to do things we need.”

The state’s General Assembly passed the Right to Read Act in 2017, requiring all K-6 teachers and all K-12 special education teachers to demonstrate their ability to use science-based reading instruction by the 2021-22 school year. Some districts are moving faster, including the Hazen School District, which has already had the Science of Reading system in place for a couple of years, said Alumbaugh.